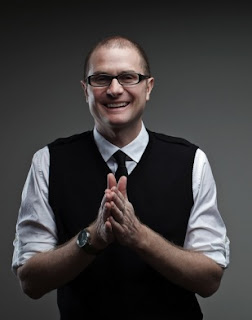 For the second half of the 1st day of the 2Days with Rob Bell event Rob discussed a topic that he is including in his latest book which is in it's second draft.  Rob took some time to discuss Spiral Dynamics, a theory of development, and why it's important for our understanding of theology, calling and Christian stuff.


Spiral Dynamics is a theory of development that essentially states there are stages of consciousness that humans move through, beginning with early or lower stages of basic consciousness to later or higher stages.  Depending on our circumstances, emotions and baggage we may drift back and forth between these stages, but the idea is that we transcend the "lower" stages while including them--in other words we don't leave behind the previous stage.

Here are the levels, which are identified by both definition and color codes.  Maybe seeing them will help in clearing it up a bit.

Archaic (beige) - earliest stage of consciousness in which reality is only a material construct.

Magical/Mythical (purple) - in this stage people affirm the notion that spirits, forces, demons, angels all exist.  they also believe in fate, curses and superstition.

Power/Ego (red) - this stage is marked by desires for domination, heightened sexuality, competition and people who want to force their will upon the group.

Traditional (blue) - in this stage people lift up the authority of code, text, sacred word and the idea that there is one monolithic story.

World (green) - in this stage people focus on the environment, the voices of minorities, women, and the importance of story.  this is a non-hierarchical stage that puts the tribal story under a microscope. this stage is marked by political correctness and looks back in disdain at the previous stages.

Integral (yellow) - in this stage all of the previous stages exist within, these people don't worry about getting people to where they are, this is where the mystics hang out.

Rob then threw down some thoughts about Spiral Dynamics

1.  Generally you only grow in consciousness through pain or the destruction of the boxes that you have created.

2.  You interpret your experience of the Divine based on where you are.

3.  Each stage has increased freedom, inclusion and complexity.

4.  We need leaders who are at a higher level of consciousness.

Most people would self-identify as "purple" when presented with the basic questions that the purveyors of the theory of Spiral Dynamics would ask them.

I have to tell you... this opened my eyes about the importance of Joel Osteen's ministry.  I am sure that he has never really sat down and thought through why the things he says are so important.  He just says them, and people respond---so he keeps saying them.

And people need to hear that they are loved and that they have purpose.

The reason why Rob wanted us to know all of this Spiral Dynamics stuff was simple.   Those of us who are leaders in the Church need to be striving to move toward "Integral."

Most leaders in the Church, Rob stated, are hanging out in blue or red, but know that they need to transcend those stages and move on.  They have doubts, ideas, fears that their belief system may be off base.  They see the shadows of their own doubt, and it makes them lash out against those very things when they see them in others.  Much of what pastors and church leaders seem to be doing today, Rob asserted, is "shadow management."

"If I can create someone who is a heretic," he told us, "then I don't have to deal with my own shadow."

Rob pointed out the struggle that many Christians have between faith and science---often feeling that they have to choose between their Christianity and what they sense is true about the way the world works.  He wondered aloud why that is such a problem.

When you realize that the world isn't exactly what you thought it was, and that feeling is one that you can't shake no matter how hard you try---you may have been abducted.


At this point Rob opened up the session to take questions from the participants and the first set of questions had to do with sermonizing.

Rob told us, "We need to create sermons that make it as hard as possible to raise the existential question, 'What's for lunch?'"

He then went on to talk about the importance of inviting the congregation to action at the end of a sermon.  He told us that we need to provide something "that's between compassion and performance art."  In other words, they need to be able to respond to the sermon in a way that is memorable.

Rob told us about a Lenten sermon series where he preached on Leaving Egypt and the congregation was invited to bring things on Good Friday that had been enslaving them.  The church members came and dropped things off all evening, some stayed and prayed, some simply left their items.

He told us about a sermon where he taught on Acts 2 where the church shared everything in common.  He had buckets at the front of the sanctuary where people who had extra money in their pockets were encouraged to come up and put it in the buckets---thousands came up.  Then Rob invited anyone who was in need of money to come and take what they needed.  No one moved.  Then he asked if there was anyone who knew of someone that was in need and asked them to come down and take what was needed.  Tons of people left their seats and came down.

"It's harder to receive than give," he said, "Giving means you still have power."

Rob was then asked about Sabbath and avoiding burnout.


"Surround yourself with people," he told us, "who are not afraid to tell you the truth long before your enemies do."  Rob told us this because when you are burned out, tired and at the end of your rope... you are open to making mistakes, poor decisions, etc.

He told us that we need to map out our rhythms to figure out the best way to use our "energy chips."  Rob said that we need to ask ourselves which days are low and don't need my energy.  He pointed out that he chose never to pour all of his energy and resources into Sundays near July 4th or near Labor Day because those were days that had low attendance.  He talked about having a Daily Sabbath---realizing that there should be structure and healthy rhythm in your day as well as your week.

"All good songs need a drumbeat," he said.

Rob said that he often would tell people, "I can't do your wedding on Saturday because on Saturday I'm married."

Rob encouraged pastors to show the elders the job description that outlined what the pastor supposedly was supposed to do.  Then he said to show them a list of what you actually do.

He also encouraged pastors to ask their elders if they could provide separate office space in order to prepare sermons away from the office.  Rob's reasoning was that if you are at the office, you are more likely to be distracted or give in to the tyranny of the urgent.  He said that some churches might rent space somewhere or perhaps a church member might have an extra office that they could lend.

The questions ended with a short question and answer regarding the pastor's role in fund raising.


Rob said that the pastor should not be the one who is actually laying out the financial needs and making the pitch.

The pastor could say things like, "So, how many of you are creeped out by those 1-800-Big-Hair religious shows?  Well, that's not what we are about.  We want you to have the best information possible regarding how we spend the gifts you give.  That's why we have these really smart people here who are passionate about these kinds of things.  And here is a sheet of Frequently Asked Questions about our finances, budgets, etc."

Those aren't quotes from Rob by the way.

Here endeth the lesson for Day One with Rob