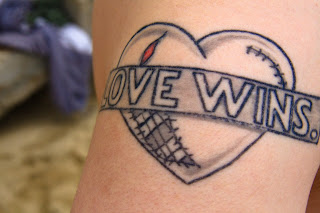 The second half of Day One of the 2Days with Rob Bell Event covered a lot of ground.  Rob taught about Calling, Preaching and then did some teaching on Spiral Dynamics, which is a topic he is covering in the book he is currently writing.  In this post, I'll cover the Calling and Preaching topics.


Rob began this portion of his teaching by affirming the way that so many pastors and Christian leaders struggle with their sense of call.  He told us that this was natural.

"When you become tuned in to who you are as your true self," Rob said, "you begin to ask 'Who am I to do this?'"

He then encouraged us (in true Seth Godin fashion) to simply create, to do, to write, to preach, to lead---whatever it is that we have been called to do.

We should not, he told the group, hold back our gifts because someone else is better at what we do.  "Sometimes we hold back because of somebody else," he said.  We'll say, "but someone has already said that... done that... preached that..."

He then went on to talk about a friend of his who was mentored by one of the giants of Library science, who knew all there was to know pre-Internet about the organization of information.  The man would often say, "The creative organization of information creates new information."  Rob took this to mean that we can't be afraid to create because we might be emulating someone else's work.  Any time, he told us, that we take what has been done, stand on the shoulders of others, etc., we are creating something new.

Then our discussion moved into the art of preaching.

Rob talked a little about the creative process in sermon writing, preparation and delivery.  First, he addressed how to deal with the fact that sometimes you might be out of ideas or stuck.

"If you are struggling with writer's block," he said, "write a song about writer's block."  What he meant was that sometimes you just have to preach about what is happening to you.  "Chances are," he told us, "someone else might be feeling the same way that you are feeling."  If we are feeling broken---then maybe we are being led to speak to broken people.  If we are feeling dry and used up----you get the point.

"You don't have to shoot fireworks off the front of the ship every Sunday," Rob told us.  In other words, sometimes your sermon needs to give the congregation chills, thrills, inspiration and all of the rest of it.  But sometimes you need to let them breathe, to just hear the still, small voice of God.

He talked about narrowing the focus of the sermon---taking big ideas and distilling them down to something that the congregation can grasp, and take with them.  To illustrate this, he talked a bit about String Theory in Physics--a teaching that was part of his last big speaking tour Drops Like Stars.

In String Theory, Rob stated, "the best theory is the one that is the most elegant with the least amount of constants."  If you have read Rob's books, listened to him speak or heard a sermon he's preached, you totally understand that this is where he lives and breathes.  The guy is stinking brilliant, and could easily blow the minds of people he's preaching to on Sunday, but he is a master of simplifying what seems to be beyond comprehension into something profound and usable.


He told us that the things that really speak to us have gone through this process.  Someone has weeded through all of the confusion, the distraction, the unnecessary in order to bring us something elegant.

Rob said he identified with the author Malcom Gladwell who has been criticized by intellectuals for being the kind of writer who, "in his zeal to explain, simplifies too much."

"I like to think that I do my work for the plumber in the fourth row," Rob said.

Then Rob began a discussion about doing the work, for the joy of the work...


Rob took the group to Matthew 28 where Jesus is giving his big farewell address to the disciples.  So there he stands, resurrected from the dead and about to tell his followers to "Go!" and there is this line...  "but some doubted."

He explained that we always know when we are in the presence of someone who has surrendered the outcome of their work because not only do they appear to be free by their surrender, it frees us.

This surrender is central to our identity in Christ, he told us.  "When you can surrender it," Rob said, "then you can properly grieve it."  What he meant was that the loss of control is something that we will grieve.  It will feel like a death, but only by surrendering it and grieving it will we then find joy in our work and the process.

Rob likened this to Good Friday and Easter Sunday.  "Every time you gain something," he asserted, "you lose something."  This is the truth of the resurrection.  Death preceded Life, but it didn't get to win.  When we say too long on Friday, Rob told us, we have a problem.

"If you stop on Friday you have a Depeche Mode album," he said.  For anyone who has ever listened to Depeche Mode, you know how melancholy they can be.  They live on Friday, according to Rob.

"But if you skip Friday," Rob said, "and go straight to Sunday, it's cheap."

He then went on a short rant about the way that most of the Christian music that comes out of the "Nashville machine" skips Friday and goes straight to Sunday.  "You know," he said, "when you hear music that states 'It's a beautiful day/Don't let it slip away' that you are hearing something that has been through Friday and is declaring resurrection on Sunday."

If you were quick (or a fan of the band), you know that he was referring to U2's song "Beautiful Day."

Next Up: Spiral Dynamics--the colors of transcendance & A Bunch of Straight Up Wisdom from Rob Bell on Being A Pastor