In Defense of Doing Something: Invisible Children & Kony2012 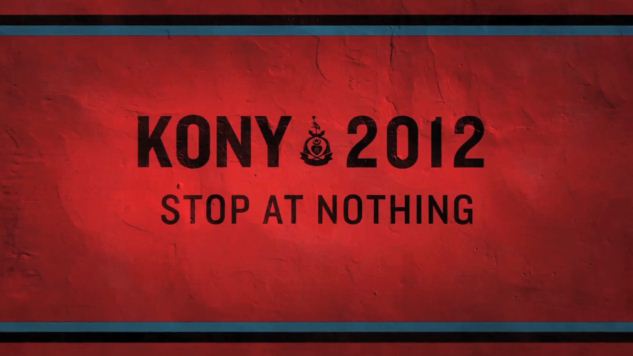 Wondering why your Facebook feed is suddenly full of links to the Kony2012 video, produced by Invisible Children?

Wondering why some of your Facebook friends are also posting links discrediting the Kony2012 video and Invisible Children?

Wondering what the heck I am talking about?

First, if you don't know anything about Invisible Children or the Kony2012 video:  watch it here


The 29-minute video, created by the charity organization Invisible Children, is a call for the US government to continue making the end of the Ugandan rebel group known as the Lord's Resistance Army.  The LRA has a long history of brutality and atrocities.

The LRA has abducted thousands upon thousands of children, forcing them to serve as soldiers, concubines or porters---in addition to getting them addicted to drugs, sniffing glue, etc.  Joseph Kony has been the leader of the LRA and has been likened to other lunatic despots like Hitler, Pol Pot, Kim Jong Il, etc.


Over ten million people have watched this video, and millions have shared it.

#Kony2012 has been blowing up on Twitter, and "retweets" to millions of Twitterers to watch it have been sent out by celebrities, sports figures, politicians and other famous-type folks.

And almost as soon as the Kony2012 campaign became such a social media trend, it began to receive a great deal of negative attention as well.  Critics have attacked Invisible Children, the group that launched the campaign, with a number of accusations---most of which the group has answered openly and (I believe) honestly.

If you would like to read Invisible Children's response to the accusations leveled against them, click here.

Invisible Children was launched several years ago by a group of Christian students who went to Uganda and developed a burden for the children being brutalized there.  They "marketed" their movement to young people, and have been very successful in both raising money and awareness.

I've got a couple of thoughts about this whole thing:

First, the success of the Kony2012 campaign has also been the reason why it became such a target.  For some reason wonks, and critics automatically treat any successful movement they didn't start or support with suspicion---especially if "evangelical" Christians are the source.

Which brings me to my second thought... I've noticed something about the people in my Twitter & Facebook feeds, who seem to be the sources for the negative posts, reposts, "shares" and whatnot.

They're Christians---mostly from the more liberal or progressive strand of Christianity, but Christians nonetheless.

I am constantly amazed at the lengths to which some Christians will go to discredit, tear down, malign and dismiss any movement, organization, leader, etc. that has roots in evangelical Christianity.

Here's the thing... The leaders of Invisible Children are actually doing something to make a difference in the world.  These are not poorly intentioned, or misguided people.  They have spent the past several years working for justice and creating awareness of the plight of children in one of the poorest countries in the world.

They also happen to be Christians who have been led by their love of Jesus to not just sit on the sidelines.  And they have answered their critics, openly and humbly, without apologizing for their passion or their purpose.

Let me say this... If the leaders of Invisible Children were up to no good, they would deserve the backlash and the criticism.  But based on what I have seen over the years they aren't... and they don't.

So here's my message for the critical Christians who have made Invisible Children their latest target:

Or better yet, go do something yourself.

And can those of us who call ourselves Christians all agree to stop maligning, criticizing and tearing down the big dreams and big visions and big movements that some of our brothers and sisters in Christ have been given to do justice, spread the Gospel and be Jesus to the world just because we don't have the same dreams and visions... or don't have the guts to act on them?

Can we do that?