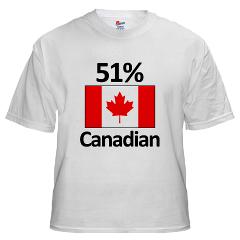 Montreal to be exact.

The Pierre Trudeau Airport to be even more exact.

Because my wife upgraded our American Express card to platinum so we get to sit in the TD Bank V.I.P. lounge.  It's not as nice as the Air Canada lounge, which turned us away for not being better than American Express platinum people, but it's pretty flipping nice.

Lots of people speak French here in Montreal.  It's almost like being in France, only everyone is nice and there's lots of maple syrup for sale in the shops.


We walked by a booth that was advertising the Canadian Lottery or something and a lady asked us if we lived in Canada.


I said no, but I wanted to say yes because I felt a real kinship with Canadians all of a sudden.  My 16 year-old kid must have felt the same rush of Canadianism because he said to me, "Man, we should join with Canada and just make an uber country."

There are more Canadian gun-owners than American gun-owners.  I read that somewhere that I can't recall, cite or back up... but it makes my point and this is a blog not a book.  Canadians sort of have football like ours, only they have weird goalposts and play most of their games in the snow.

They also enjoy hockey and a few Americans like hockey.

Isn't Justin Beiber Canadian?  So we have that in common----everyone loves Justin.

Their flag is pretty awesome, I guess.  It needs some work, though if we're going to join forces.  The American flag is sort of a symbol of blood, freedom, courage and freedom.  Canada's is a leaf.  Maybe if they put an angry pair of eyes and eyebrows on the leaf it would look cooler.  I'll write someone to suggest it.

Cover of Bob and Doug McKenzieMy kid also said that Canadians are 50% American, 50% British and 50% French.  That adds up to a pretty high percentage of awesome.

Did I mention that I used to have all of Bob and Doug McKenzie's comedy routines memorized when I was younger?