The Greatest Prayer - Week 6 "Forgive Us Our Debts" 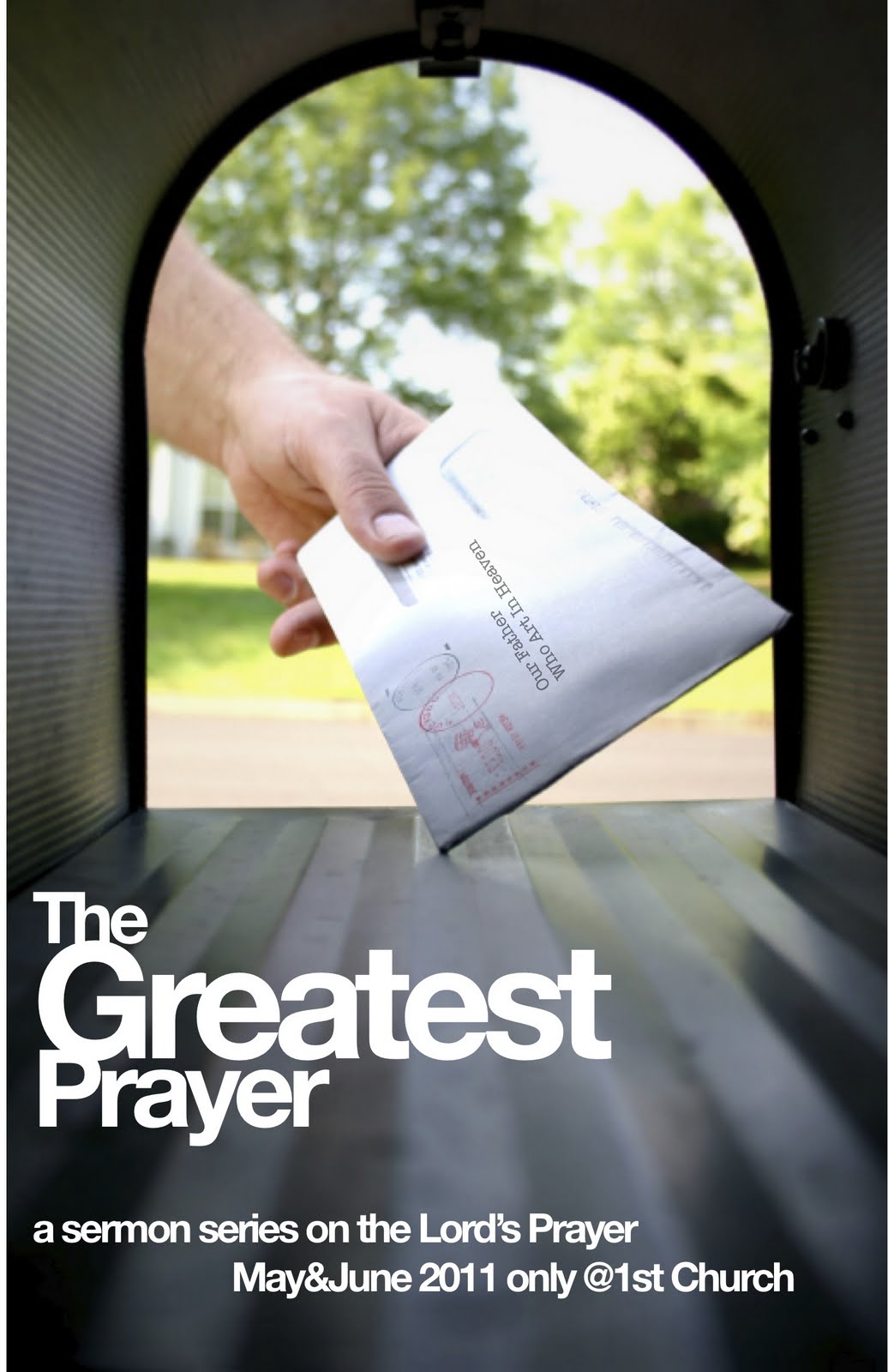 This week I'm preaching the 6th installment of the sermon series, "The Greatest Prayer." I'm focusing on the most difficult line, "Forgive us our debts as we forgive our debtors." This is the line that seems to hang so many of us up as we try to truly pray this great prayer that Jesus taught his disciples. For starters, not many of us really know which word to use when we are praying it. But I will get to that in a minute.

I believe that when we pray "Forgive us our debts as we forgive our debtors," what we are essentially affirming is this: Our ability to forgive is evidence of God's grace in our heart.

So which is it? Debts, Debtors, Trespasses, Those who trespass against us, Sins, Sins against... what's the absolute right way to pray this line of the prayer? Well technically us Presbyterians with our "debts/debtor" language have the most literal translation of the word which is opheilamata, which means... debts.

Now before all you Presbys out there start throwing a party--which seems like an oxymoron: "partying Presbyterians"--know this: The contextual meaning of the word as Jesus was using it here was as "the moral debt incurred as a result of sin." The old fashioned way of saying the word sin was "trespass," which honestly doesn't do the word justice either. Sin in the New Testament is almost always translated as a "falling short." We try and fail. We aim and miss. We fall short and as a result we are never the people that God really intends for us to be. And as a result we rack up some debts.

In fact, our whole life is one accumalitive, unpayable debt to God. Good for us that God is all about canceling those debts and setting us free. Too bad we don't do the same.

In the ancient world, prisons were not usually full of criminals. Serious criminals usually got executed in fairly short order. Debtors filled most prisons. Debtors also swelled the ranks of slaves and indentured servants. Debt slavery was common in the world of the Old Testament. In fact the passage of Scripture that I chose to help us learn about debt and forgiveness this week deals directly with some serious debt slavery issues.

In Nehemiah 5:1-11 we see the dramatic story of how Nehemiah the provincial governor of Israel under Persian rule arrives at Jerusalem after an extended absence. He finds things in a sorry state economically. The economy was, in fact, terrible. Sound familiar? On top of that, taxes were too high. Ahem. Rebuilding the city and its walls was taking the men of the city away from their farms and production was slowed as a result. People were losing their farms, and many families had begun selling their daughters into slavery. By the way, "slavery" in the context of their daughters was shorthand for sexual slavery, which made this even worse. People had basically become collateral.

The text tells us that Nehemiah got "burned up" when he realized all of this and ended up forcing the peole to stop treating one another so horribly. All of the crushing debt had to be forgiven.

What doesn't get a lot of play here is the fact that forgiveness of a debt frees more than the debtor. The one acting out of forgiveness is freed from the dehumanizing effect that holding debt can sometimes wreak. Unfortunately, not many of us Christian types really get this.

I recently read about a Presbyterian church in Pennsylvania that actually does not use the words "debts/debtors" when they say the Lrod's Prayer in worship. They use "sins" and "sin against us." The story goes that they church was founded over 200 years ago by bankers... And they didn't like hearing anything that had to do with forgiving debts.

Here's the thing... When Jesus was teaching this line of the prayer to his disciples, he wasn't focusing on sin. He wasn't focusing on debts or trespasses for that matter. He was focusing on forgiveness. You see this mention of debts is not to bring to mind a list of moral violations, it's about restoring our relationship with God.

Think about it.  Forgiveness re-establishes relationships that have been broken.  Even if the person that you are forgiving knows nothing about the fact that you have forgiven them, it helps to repair the relationship.  In addition, as Jesus affirms after he teaches his disciples to pray, in order to be forgiven we have to first learn to forgive.  Our forgiveness of others is set up as a condition that needs to be met in order for us to receive forgiveness.  Now some of you might be saying at this point, "But doesn't that put conditions on God's ability to forgive, and I didn't think God had conditional forgiveness."

Visualize a three way electrical circuit.  It looks like a triangle if you need some help.  You are one contact of that circuit, God is another and "Others" are the third.  When our circuit with Others is broken or disconnected, it makes it difficult, if not impossible for us to feel the charge that is coming from God.  It's not as if God has stopped being forgiving... we just can't experience it fully when we aren't completing that 3 Way Circuit of Forgiveness.

When we really and truly pray "Forgive us our debts as we forgive..." we are asking for an attitude of our heart which will unite us with God.  Clear the obstacles.  Reconnect with whoever I need to reconnect with---even if they don't know we are reconnecting.  Let the energy flow.

I heard a joke the other day.  I don't necessarily like jokes in sermons, but this a a good one and works on so many levels when it comes to Church-y people.  It seems there was a country fellow who happened to be sitting on the porch of his house rocking in a rocking chair.  His cousin visiting from the city walked out on to the porch and noticed that every time the country fellow rocked his chair, it would rock on top of the tail of an old hound dog that lay next to him on the porch.  Each time the chair hit his tail, the dog would whine.  The visitor watched for a while and then asked, "Why doesn't that dog move if it hurts his tail?"  The country fellow replied, "It hurts him enough to whine, but not enough to make him move."

I'm fairly sure that describes so many of us Christians when it comes to forgiveness.  We would rather sit and whine about things---the people that have wronged us, how our pastor doesn't live up to our expectations, how the world is going to hell in a hand basket---than to move forward and do some forgiving.  Forgiveness is about opening yourself to the future and leaving the past behind.  Did you know that NO WHERE in the Bible does it say that you have to "forgive and forget."  There are people that are so toxic that you can't forget what they've done to you.  You should remember what they did so that you can have boundaries and healthy space in your life.  Interestingly though, when you truly learn to forgive, you do find yourself "forgetting" or letting go of bitterness that can keep you stuck and whining.

Hear this... when your soul is corroded by hate or resentment it is impossible for God's grace to live in that graceless place.  So in the end, your capacity to forgive is a direct reflection of your desire to be in right relationship with God.

Our ability to forgive is evidence of God's grace in our heart.    "Forgive us our debts... as we forgive our debtors."