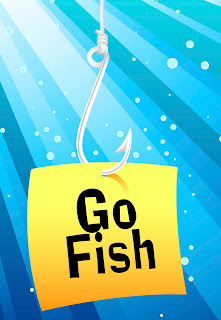 Presbyterians get unfairly criticized for a lot of things.  We have been called "the frozen chosen" because we are Calvinists (sort of) and have a history of being un-fun.  We also get criticized for over-analyzing everything and forming too many committees to make decisions.

Well, that last bit was not unfair. We deserve to be criticized for that.

But one accusation that I have actually had leveled at me by some of my--shall we say--not Reformed colleagues is that Presbyterians don't practice Evangelism.  When I protested that this was patently untrue, they responded by saying, "Well, you believe in all of that predestination stuff, so you think that you don't need to evangelize."

"All of that predestination stuff" means that some Presbyterians adhere to the doctrine that God not only knows who has been "elected" to be a Christian, God made them that way--sort of hard wired them to receive the Gospel of Jesus Christ and jump right into Christianity with both feet.

Now, I know that my evangelical buddies are dead wrong.  Many of us Presbyterians do practice evangelism, we just do it in a different kind of way than our evangelical brethren and sistren.  We may not go door-to-door or ask inflammatory questions that alienate and provoke people (hint, hint), but we do believe in spreading the Good News that Jesus is risen and things are about to straight up get redeemed.

But this does beg the question... "So if God is all-powerful and all-knowing then what does he need us for in order to bring people to Christ?"  In my mind there is only two answers:


1) That God has decided to limit God's power when it comes to this ONE thing... witnessing.  Basically, God's hands are tied if we don't go out and witness to people and tell them they are going to hell if they don't ask Jesus to come live in their heart.  I've heard people that believe this say, "Their blood is on your hands if you don't tell them."

I'm going to take a guess that the second one is more likely.

Case in point...  When I was twelve, I was forced to go out visiting door-to-door with a bunch of people from my fundamentalist Baptist church.  I was paired with a hapless fellow who was about 20 years old and who had a burning desire to "save" someone. In fact, he was sort of in a competition with another guy who was part of our little band.  They were talking smack about who was going to "save" more people.  I was dressed in my short sleeved dress shirt, clip on tie and had a handful of Brylcreeme in my hair to slick it down.  I was also carrying a Bible that was the size of the one they lay out for the Pope when he reads it in St. Peter's Square.

Wouldn't you open the door to us?

Long story short.  We had been out for an hour or so at an apartment complex near our church without any souls saved and my companion was getting antsy.  He was worried the other dude had already saved enough people to start his own church and we hadn't found anyone who would listen to us beyond, "We're from Cornerstone Baptist Church..."  I think he also blamed me a bit, too.  At any rate, a middle aged black woman opened the door to her apartment when we knocked on it. We launched into our spiel.  My companion popped the question finally, "If you died right now, would you go to heaven or hell."  She paused and said, "I don't know, but I would like to go to heaven."  Needless to say we blundered her through the Romans Road and had her pray the formulaic prayer of the quickly converted, gave her information about our church and went our merry way.  As we left, the guy turned to me and said,  "That's one."

Funny.  God decided to use us to reach that woman in whatever way that she was reached.  I think that's a pretty dang good sign that God exists and cares about this kind of stuff.  I mean if two idiots could blunder their way through a presentation of the Gospel and it still works.... That's Holy Spirit stuff, people.

Even though God doesn't need us to effect redemption, I think that God allows us to participate in the proclamation of the Gospel for three reasons:

1) When we share our faith and the Good News of Jesus we are an expression of the Divine Compassion for the world.  We are God's action involving human hands.

2) We are also active in the Messiah's work.  God digs it when we act as the hands and feet of Christ working for redemption.

3) We are called and sent by God, who authorized and equipped us for this mission.  We own this, man.
Understand this:  God doesn't need you to accomplish his will.  He gives you the privilege of being a part of it.

When we embrace our task, our role, our great commission, we find that God's redeeming work is something that extends not only to those that are lost, but those who walk around believing they are found. It reminds us over and again how we are sinners saved by grace and not by something we have done.
Christian living Christian theology evangelism Go Fish Great Commission witnessing