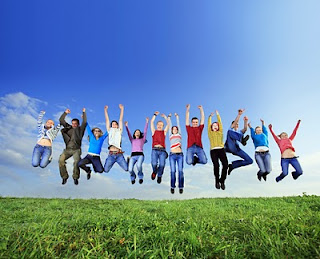 Christianity has a problem.

I know what you're thinking, "Just one?"

Well... you might have something there, but at any rate I think Christianity has a serious problem that is at the foundation of all the other problems it seems to encounter.

In my humble opinion.

You see, so many Christians seem to have all of the right ingredients that it takes to be a "good" Christian.  You know... Bible reading, prayer, church attendance, volunteerism... that kind of stuff.

But there seems to be something missing.

I think far too many of us who call ourselves Christians are not living lives that are all that compelling.  There aren't that many people knocking down our doors trying to find out what makes us tick, and begging us to tell them what makes us so special.   In fact, the opposite seems to be happening.  People are turning away from Christianity--believing it to be irrelevant, shallow, too exclusive and pretty much unnecessary.

And I think the reason they do is because Christians are missing a passionate, up close and personal, wild abandon relationship with Jesus.

Yeah, I know.  That was an awkward kind of segue.  A non sequitur, if you will.
But hear me out.

A couple of years ago, Domino's Pizza was the Pizza of last resort.

It was the kind of pizza that you ordered when it was too late to order anything else or you had no money.

Domino's didn't reinvent pizza.  It's still pizza.  It's dough, sauce, toppings and cheese.  They had all of these ingredients present in one way or another before their big turnaround.  But like the woman in the focus group said, "Where's the love?"  It was missing something...

If you would like to read what sort of impact the change had on the Domino's company click here...
Domino's Pizza

If you didn't want to read the article---the bottom line was a 14% increase in same store sales and an overall 18% increase in revenue for the 1st Quarter of 2010.  This, my friends, is a miracle in the fast food industry.

And then they'll say, "...and then I accepted Christ and became a Christian."  The end.

What will it take for us to change?

Jesus told a bunch of people who "claimed" to believe in him, "If you stick with this [belief in Jesus], living out what I tell you, you are my disciples for sure.  Then you will experience for yourselves the truth, and the truth will free you."  Not surprisingly, they responded, "We've never been slaves to anyone.  How can you say that we will be made free?  We are free!"

I think that most Christians, when confronted with the hard truth about their commitment to Jesus, don't want to hear that they are trapped and enslaved.  They don't want to hear that even though they have the "right ingredients," they are missing what makes Christianity so compelling... a passionate, sold-out, up close and personal, wild abandon relationship with Jesus.

All of the Bible studies, prayer meetings, worship services and volunteer hours in the world can't make you "taste good," if you are missing the love.
Christian living Domino's Pizza faith freedom in Christ Jesus