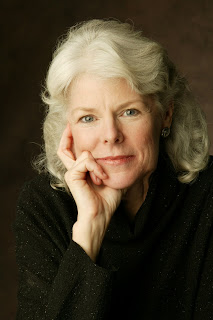 Leaving Church:  A Memoir of Faith by Barbara Brown Taylor

Four years ago, Barbara Brown Taylor wrote Leaving Church.  A friend of mine told me, "Dude, you need to read this book."  I didn't.  I had a stack of books on my bookshelf that I was working my way through and didn't feel like I could add one more to it.

Leaving Church is the story of Taylor's journey through the pastorate--a journey that eventually led to her to hang up her clerical collar and robes for academic ones.  She now teaches Religion at Piedmont College in Georgia and is an adjunct professor at Columbia Theological Seminary.

I am convinced that every pastor needs to read this book.  If you are a pastor, you will find yourself in it somewhere.

Taylor began her ministry as a pastor in a large urban church in Atlanta.  The pace of the ministry was killing her, she knew that much, but did not know what to do about it.  When she was given the opportunity to become the lead pastor at a church in a more rural area in Georgia---her dream church, in her dream community and the chance to build her dream house--she took it.  What Taylor discovered, however, was that the same things that had caused her pain and stress at her urban church had not gone away.  She still strove to be all things to all people.  She still assumed a tremendous amount of responsibility for the actions of others.  She spent most of her time worrying over and caring for those who were in need.  In the end, she found herself exhausted, spiritually depleted and sick with the knowledge that it all had to end.

The grace that happened when she "left church" was the bittersweet part of Taylor's story.  While she is clearly gifted to do what she is now doing, the reader can still pick up on the loss that Taylor feels when she remembers her former role in the Church.  It's evident that Taylor's love for the Church has not diminished, though she serves her in different ways now.  On the other hand, she also reveals in Leaving Church that once she was removed from the demands of her role as pastor, she actually began to see more of God's hand in the world, more of the redemption that was taking place all around her and more of the peace that she had always sought and could not find.

This book was so soothing to my soul.  Taylor's prose is both beautiful and stirring, and it cared for me as I read it.  If you are a pastor or ministry leader---read this and know that you can let things go and be free from the guilt of not being the savior or salve for all the woes and ills of your people.  If you are not, read this and enjoy the story of a remarkable journey.  You can order Leaving Church by using the link in this entry.
Barbara Brown Taylor Christian living Leaving Church pastors The Church