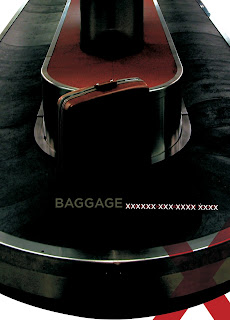 The question that I posed this week on the website that I created for my Lenten sermon series, "Baggage" was simply this:

Is Church A Safe Place To Fail?

I got several responses.  This one was my favorite:

No way. We may be called to be "losers" according to the Gospel (to lose our life to find true life), but failing means that you don't "fit" into the club of pretty people that are so successful at hiding their faults, failures, and emotional scars. Organized church has become a hospital that asks people to be healed before they come. And heaven forbid you work for a church and fail...unacceptable...and in the words of the modern-day prophet, Donald Trump, "You're Fired!"


Having worked as a staff member in churches for over twelve years, I completely feel that comment.  Case in point:  While I was preparing for this sermon, I sent out an electronic email that had a mistake in it.  Almost immediately, I received like 4 emails from people pointing out the mistake.  They would have never felt compelled to email me and say, "Hey man, thanks for all of that hard work that you do trying to communicate to the congregation in creative and memorable ways!"

But since a mistake was made, action was obviously required.

Anyone who serves in church as a volunteer leader, staff person or ordained minister has or will experience the wonder and beauty of grace-less church people.  Most of them don't even mean to be grace-less.  They just are.


And truth be told, I've had my grace-less moments, too.


But church isn't a safe place to fail.  It's like the people who inhabit churches in America (I hesitate to call them Christians, to be honest) have completely glossed over the Gospel.  They have received unbelievable grace, but can't bring it upon themselves to offer it to anyone else, especially when they screw up.


I've failed miserably at a lot of things.  I quit football in high school because I got mad at a coach.  When I worked at Disney I didn't get promoted because I didn't handle adversity very well.  I was married and divorced by the time I was 22.  In college I had to withdraw from College Algebra three times because I was getting an "F" in the class.  I made a mistake on one of my ordination exams and didn't pass it, which delayed my ordination and caused me a bunch of stress.


I've had moments where I haven't been a good friend.


Sometimes you can become so consumed by the ways that you fail, that you start to think there is nothing you can do that will translate into success.


You can begin thinking that failure is a legacy.


I've had people who have experienced horrible things in their family--generation after generation--ask me, "Are we cursed?" I have come to believe that these kinds of families live with a legacy of failure.


The great 17th century preacher Jonathan Edwards passed down an incredible legacy.  He had 729 descendants.  300 of them were preachers.  65 were college professors.  13 were university presidents.  60 were authors.  3 were elected to Congress.  1 became Vice President.


Sometimes people begin to believe that failure is a legacy--part of their DNA.


The Apostle Paul (a guy I admire a lot) wrote this:


When you were slaves to sin, you were free from the control of righteousness. What benefit did you reap at that time from the things you are now ashamed of? Those things result in death! But now that you have been set free from sin and have become slaves to God, the benefit you reap leads to holiness, and the result is eternal life. For the wages of sin is death, but the gift of God is eternal life in Christ Jesus our Lord.

In the ancient world that Paul lived in, people would often sell themselves into slavery to escape ruinous debt.  I see the same thing happening today on an emotional, spiritual and sometimes physical level with people who are mired in a legacy of failure.

People who are enslaved by the legacy of failure become so used to failure, or so afraid of it that they constantly sell themselves short.  And there are plenty of people who call themselves Christians who find themselves in the same predicament.

Even though they have been promised by God that they are free in Christ.  It's like they are content to keep plugging away at the same dirty job, making the same pitiful wage that barely keeps them above subsistence because they are afraid of not being able to make it at anything else.

Don't let your fear of failure keep you from truly joining God in God's work in the world.

The irony is that if you follow Jesus with reckless abandon, you will fail sometimes.  And sometimes the failure will be spectacular.

I have often wondered if Jesus prefers us when we are flat on our face in the road, free from pride, ready to finally acknowledge that we can't travel without him.