An Interview With Anne Jackson 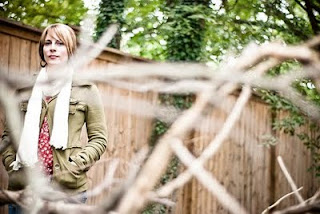 Anne Jackson is a self-described Christian author, blogger, speaker and activist.  She is the author of the best-selling Zondervan release Mad Church Disease: Overcoming the Burnout Epidemic (2009), she serves on staff at Cross Point Church in Nashville, she also is a passionate advocate for Compassion International and will be a rider on the 2010 Ride:Well Tour, a cross-country cycling tour in June and July of 2010.  The goal of the trip is to rasie awareness and funding for water wells in Africa and is part of the Blood:Water Mission initiative.  Anne has recently completed her second book, Permission to Speak Freely: Essays and Articles on Confession and Grace, which will be released by Thomas Nelson publishers in August of 2010.  In addition, Anne's blog, www.flowerdust.net, is one of the most visited and followed blogs in the country.  She has traveled to Uganda and to India with Compassion International and will be at my church--the First Presbyterian Church of Eustis--this weekend to share about her passion to find aid for the lost children of Uganda.

I first met Anne (though she probably doesn't remember) at the National Pastor's Convention in San Diego last year.  The NPC has since gone the way of the dodo because Zondervan saw no reason to equip  pastors and church leaders without making a profit.  I'm a little bitter about that as you can tell.  When Youth Specialties (which Zondervan now owns and is running into the ground) started the Pastor Conventions they meant it as a time of refreshment, equipping and resourcing for pastors and church leaders.  Zondervan didn't see it that way.  Zondervan can bite me.

At any rate, I met Anne there and she was awesome.  My wife attended a workshop she was a part of that dealt with raising kids when you serve the church.  For my part, I stumbled upon a panel discussion she was involved in about social media in the church, and immediately ordered her book.  Mad Church Disease was an awesome read, and I highly recommend it.

Permission to Speak Freely looks as though it could be the Church's version of Post Secret--a forum for people to creatively share their confessions, and then some.  It began with a question that Anne placed on her blog, "What is the one thing that you feel that you can't say in church?"  The response was overwhelming.

Like me, Anne grew up in conservative Evangelical churches.  Her father was a pastor, and mine was a Christian schoolteacher.  Both were abused by the communities they served.  I guess that's why Anne's story resonates with me.  Despite the fact that we both saw the uglier side of the Church, we both entered into to it to serve in ministry--which is proof that God calls who God calls.

When I had the chance to invite Anne to come share her stories of Uganda with my church during Advent, I jumped at it.  I wasn't sure what God was doing, and I had no idea if she would even come at all.  After Anne agreed to come speak, I began to see more clearly that God wanted her visit to be an integral part of what we have been doing as a church throughout the whole Advent season--pushing back against consumerism and materialism and celebrating by being Jesus to the world.

I had the chance to ask Anne some questions recently about her work with Compassion International and her new book, as well as a couple of other important topics:

PM: So, what prompted you to do a mini-speaking tour in December? What do you
hope to accomplish?

AJ: For most of 2009, I was pretty busy traveling and speaking. I decided
in summer to take off six weeks later in the year to rest and finish
writing my next book, but as the time approached, realized just a
couple of weeks would be adequate as we were ahead of schedule on the
book. There's nothing more I love to talk about than Compassion and
helping connect people with God's heart to the poor, so I opened up my
schedule a bit in hopes that people would open up their hearts to what
God might have for them in regard to the poor.

PM: What has your work with Compassion International meant for you personally?
How has it transformed your ministry?

AJ: Wow - I could write a book about this subject alone (and maybe one day
I will!) In February 2008, I went with Compassion to Uganda. I got to
meet so many incredible families and children, including Linet, a girl
my husband and I sponsor. After that trip, I came back to the States
fighting God...I did not want to give up control over my life, but
after what I had seen, knew I had to. For us, this meant quitting our
jobs at a very large and influential church, moving to Nashville
jobless, and homeless. We relied on friends to help us out and God
used those relationships to truly grow our faith. We've paid off all
of our credit cards, trimmed our expenses, and are living simply so
that others might simply live. I thought it would be hard to give up
money and time, but it's been easy and so life giving!

PM: You correspond with thousands of church leaders and church-y people each
year, and speak to thousands more. What do you see in the church today that
gives you hope? What are some things that need to change?

AJ: One thing that gives me hope is that people are hungry for honesty and
transparency. Living a life that's wide open and broken before God and
others can be scary, and it takes courage. But once someone has that
courage there's no stopping them and that honesty spreads! I think
that if we let go of the "trying to be perfect" masks that we often
wear, the church would be a lot healthier!

PM: According to your blog, you recently wrapped up the manuscript for your new
book “Permission To Speak Freely.” Hundreds of people responded to the
initial question you posted on your blog that was the impetus for the book,
“What is the one thing you feel you can’t say in church?” What was the most
surprising thing that people shared? The most sorrowful? The thing that
made you the most righteously indignant?

AJ: The most surprising topic that people felt they couldn't discuss in
church was poverty! Even though the Bible talks about it hundreds if
not thousands of times, we feel like it's off limits! Others felt they
couldn't share about personal brokenness - addictions, temptations,
etc. - because they felt like they could be judged. The fact that they
are often right about being judged is what makes me upset...but
desperate to change things!

One of the issues that you tackle in “Mad Church Disease” is the challenges
that women in ministry face. While most mainline Protestant churches affirm
the roles of women in ordained ministry the vast majority of conservative
Evangelical faith communities do not. Do you see a way forward for women in
these contexts?

AJ: As someone who has grown up in an extremely conservative denomination,
and is now ordained in my home church, this is a topic I've seen
discussed in depth. Theologians have argued both sides of this issue
to extensive degrees. I'd encourage women to embrace their role
regardless of title or accolades - they may or may not come. We only
can find our identity in Christ...who, if He applied for many "jobs"
in churches today, wouldn't qualify Himself for lack of credentials.
anne jackson Blood:Watter Mission compassion international first presbyterian church of eustis mad church disease permission to speak freely post secret Thomas Nelson Zondervan