Spiritual Direction in Community? You Betcha 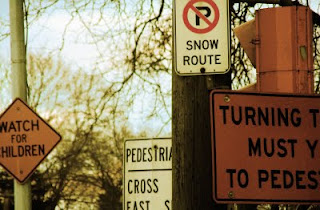 I am finishing up my sermon series on Finding Spiritual Direction this week.

It's been a good series, I think.  People have told me so.  I want it to be.  God knows I need to know which way I am going, and what God is up to in my life. I imagine there are lots of people who feel the same way.  Especially with the world being what it is right now, and all.

The last sermon in this series is all about finding spiritual direction in community.

I have this question that I need to ask...

"Could the way that we show we know Jesus be found in how we act toward each other?"

And here's another question that follows the first question...

"How does that help us find spiritual direction?"


3We know that we have come to know him if we obey his commands. 4The man who says, "I know him," but does not do what he commands is a liar, and the truth is not in him. 5But if anyone obeys his word, God's love[b] is truly made complete in him. This is how we know we are in him: 6Whoever claims to live in him must walk as Jesus did. 7Dear friends, I am not writing you a new command but an old one, which you have had since the beginning. This old command is the message you have heard. 8Yet I am writing you a new command; its truth is seen in him and you, because the darkness is passing and the true light is already shining. 9Anyone who claims to be in the light but hates his brother is still in the darkness. 10Whoever loves his brother lives in the light, and there is nothing in him[c] to make him stumble. 11But whoever hates his brother is in the darkness and walks around in the darkness; he does not know where he is going, because the darkness has blinded him.


I've been working in churches for a long time.  Church people talk a good game.  We talk a lot about how we are supposed to come together in unity--to be one in spirit and in purpose.  We talk about these things, but then we do something else.  Most often when we come together with other people we tend to focus on our differences as much if not more than we do our commonalities.  This is the fun fact that explains why there are so many cliques and closed groups in churches.

And because Christians are typically all about defining themselves by what they are not, we lose sight of the command given by Jesus to "love one another, as I have loved you"--the very same command highlighted here in 1 John.

There is someone out there who is your nemesis.  They are the antonym of you.  They are the Nancy Pelosi of your inner Rush Limbaugh.  Or vice versa if that analogy is too distasteful to you.

I remember my nemesis all too well.  There was a girl involved, of course.  The girl in question decided that her horizon was limited by dating a guy who could not drive, and so she opted for this other fellow, who was a senior and who owned a truck.

He was my exact opposite.  He was short, and I was tall.  He was swarthy and freckled and looked like one of those gnomes that you place on your lawn to guard your impatiens.  I was dark, smooth and dashingly handsome.  He waved a huge rebel flag from his pick-em-up truck and felt that one day the South would "rise again," whatever that meant.  I wasn't aware that the Civil War was still underway.  I could read.

I have to say that I hated this guy.  For years.  Maybe I still do.  He was a complete jerk, who smirked at me all the time because of the fact that he was dating the girl in question.  But God smiled on me in my suffering.  One day, I was in the hallway at school and witnessed one of the most wonderful things I could have ever seen. The girl in question became so angry at the gnome that she full on slapped him across his freckled, swarthy face.  The fact that it could become even redder than normal was no small feat, but it did.  They broke up soon after.  He graduated and rode on down the dirt road of life getting mud on his tires and waving his dumb-ass rebel flag.

The next year, the girl in question and I got back together.  I had a car by then.  It was a Chevy Nova, and it belonged to my dad... but it was a car and I didn't have a dumb-ass rebel flag on it.

Six years later, the girl in question and I got married.  18 years later we still dig each other... a lot.

In your face, Gnome.

I suppose that I have thins in common with the Gnome.  I imagine that if I thought about it, or talked to him now we might find all kinds of things to high five each other over.

But I don't really care to find out, to be honest with you.  I'd much rather live in the world of Difference, where the Gnome is always the Gnome and I walked away with the girl in the end and all he got was a muddy truck and a tattered flag that pisses people off.

Because my winning and being better than the Gnome is the story that I like to tell, and the way I would really like to define my life if I am being honest.  The culture that surrounds the Church today tends to be very critical of the Church.  The Church is called intolerant, judgmental and inhospitable.  These things are true, to be honest, for the most part.  But the fact that they are true is more of a referendum on how the Church resembles our culture more and more with each passing year.

We need to have a change of heart if we are going to figure out how what it means to find spiritual direction within our comunities. We need to learn to live as Christ did.  And Christ was all about the commonalities and not about the differences.

I love the relational language that is used here in 1 John 2.  First there is this awesome word, "egnosco" which is used in verses 3 and 4 and is translated as "know."  The word that egnosco is closely connected with in the Hebrew is "yada."  And "yada" means to know like in the Old King James version of the Bible, when it reads and Adam knew his wife (nudge, nudge, wink, wink).  So the author of 1 John says, "If you say that have intimate knowledge of Jesus but hate your brother than you are a liar." The word that he uses for hate here is "miseo" which means "to ignore or not acknowledge what or whom you claim to know."  The word for liar that is used here is "psuestes" which means "adulterous."

We can't possibly convince anyone that we love Jesus and want to walk in God's path when we  treat the people around us like they don't matter... when we put ourselves and our own needs ahead of everyone else's... when the most important things to us are the things that we want.

When we want reassurance of whether we are on the right path, we can check if we are living life like Jesus in community with others.
communiy Finding Spiritual Direction leon bloder Spiritual direction spiritual growth