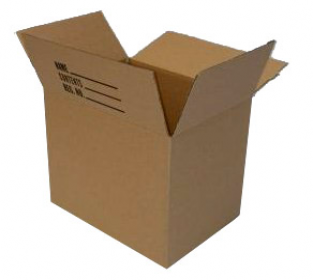 I moved this week.

Moving is God's way of meting out justice for all of the bad things we've done in life that we never got caught doing. Moving is a reckoning, in other words. At least that's how I see it. I've got a lot to answer for, apparently. I've moved 13 times in the last 18 years. Two of those have been cross-country moves.

I'm not against the act of moving from one place to another. I actually kind of like it. I thrive on change, to be honest. And I don't like being still for long.

It's just that the process of moving sucks so dang bad. I've been tired for three days. And something meaningful always gets broken in every move. So far we've sacrificed a crystal glass that rounded out a special martini set, and who knows how many other classes, a picture frame and yet to be counted stuff that hasn't been unpacked yet.

There's a positive side to this whole story, though. I am moving into a nicer house than the one I just moved out of, and it will cost me less money in the long run. Hmmmm let's see... Nice house, less money... Yeah, that's pretty dang positive.

But, I suppose that I need to atone for some sins first before I can enjoy the fruits of my move.

One of the atoning acts I had to endure today was the nosy neighbor who is on the Homeowner's Association board in my new neighborhood who "dropped by" to say hello. During the course of our conversation, "Joe" informed me of a rule that states that you have to have your dog on a leash even in your own yard (our yards don't have fences)---he had seen mine without one apparently. He also made a crack about how my lawn needed to be taken care of. I told him that I would get around to refurbishing a year's worth of neglect in the yard on my third day at the house. My second day was filled actually unpacking. Joe is from Hammond, Indiana, which is not a huge plus in my book. He started off by saying that he was from Chicago. Chicago is a long way from Hammond. Literally and figuratively.

Late tonight, when I have completed paying penance for my sins I will sit out on my back porch and have a beer while I watch the huge lighted water fountain cascade into the pond behind my house. And I will know that I am home.