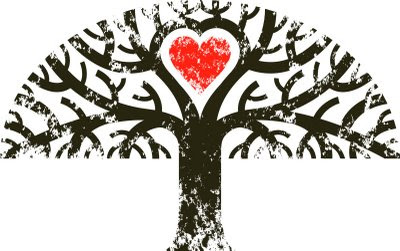 I laugh at fart noises.

I scour YouTube for videos of people getting hit in the groin, or worse.

One of my favorite films is "The Big Lebowski."

I have most of the dialogue from Monty Python's "The Search for the Holy Grail" movie committed to memory.

I am still trying to figure a way to hang my autographed KISS poster on my office wall.

I think I am going to make plans to attend Comic-Con next year.

There's more, but you get the idea. My wife tells me that these are things that a mature, grown man wouldn't do. She's probably right. But then again, I think she kind of digs it that I'm not that grown up... most of the time. I hope.

I often wonder if the day will come when I will suddenly realize that instead of listening to Jimmy Eat World, I have an overwhelming desire to fill my iPod with Frank Sinatra. I ask myself if at a certain age I will lose my desire to play Madden on my XBox, and will take up gardening instead.

On the one hand, I do want to be taken seriously as a leader, as a pastor. I want people to put their faith in me as a person of substance and of character. But I also want them to know that I can experience glee at the most silly things in life. I want them to catch glimpses of my imagination at work as I lead and teach. After all, in my ordination vows when I was ordained as a minister of the Word and Sacrament, I vowed to lead God's people with--among other things--imagination.

I want to be "grown," but not "grown up," if you catch my drift. There's something about being grown up that smacks of joylessness. In order to be grown up, I have to admit that I am no longer a kid---or perhaps even a kid at heart. I have to put away, as the Apostle Paul in one of his most austere moments said, "childish things." But even Paul as serious as he always seemed to be would lapse into moments of unbelievable joy and creativity. It was Paul that floated the whole concept of what it meant to be "grown" as a Christian--a process that is being realized, but is not yet.

I'm coming back to that in a moment, so hang on to it.

That's why I cling to the idea of wanting to be "grown." There's an unfinished-ness to "grown." Someone who hugs the concept of "grown" as it relates to their Christian life knows that they are not complete. They realize that there is more to their process. They are "not yet" what they are being called to become. And as a result they know they need all the help they can get. Their approach to their life of faith can be filled with imagination and wonder as they step into it like a child, full of joyful expectation and hope.

On the other hand, someone who assumes that they are "grown up" in their Christian faith might not really see the need for imagination and wonder. They might not even see the need for any effort on their part to become "grown." People who are "grown up" Christians might engage in church-y activities merely for appearance sake (because that's what Christians are "supposed to do"), or for some sort of social payoff. Sometimes "grown up" Christians will have moments of generosity or will assume leadership roles within the church, but almost always with an agenda--an agenda that invariably ends with a delineation between those who are "grown up" and those who are not.

Funny. When you put it like that--with some folks on the "grown up" end and those who are moving towards being "grown" on the other, you kind of see wherein the difference lies... so to speak. The unfinished group engages in their Christian faith journey with a sense of wonder and... well, love. Those who really don't see themselves (if they were brutally honest) as unfinished do what they do out of duty.

Okay, back to the Apostle Paul.

In Ephesians chapter 4, Paul exhorts the "baby" Christians at the house church in Ephesus to work on being "grown" or "mature." He elaborates a bit by telling them that spiritual maturity is what they should be striving for so that they are not "tossed to and fro" like a boat without an anchor. Paul uses the word teleios to describe this state of being grown. One way of understanding teleios is as a type of maturity--the kind that speaks of a sense of completion or "perfection." The other way of understanding teleios is as a sense of undivided wholeness before God. And Paul doesn't seem to claim that either of these is real easy to achieve.

Again, it's all about the now and the not yet. I might see glimpses of teleios in my life right now, but there will come a day when all will be revealed. Paul told the church at Corinth, "Now we see as though we are looking [at God] through a cloudy glass, but one day... it will be face to face."

Paul also said in his letter to the church at Corinth in words that are echoed in Ephesians: "...without love, I am nothing..."

I dug around a bit and outlined some things that sort of mark the journey to spiritual teleios. They came from John 17 as I unpacked Jesus' prayers for his disciples. They are:

These are fairly important for Christians who are moving towards being "grown." But when you remove love from the equation they just seem "grown up," clipped of their beauty.

Without love Joy becomes the quest for pleasure, self satisfaction and self-promotion

Without love Sanctification becomes self-righteousness--a triumphant sort of approach to faith that doesn't need "crutches" like prayer, Bible study or a desire to lead holy life [despite the difficulty this side of Heaven].

Without love Truth becomes a kind of tyrannical orthodoxy that dwells on the rules and the doctrines--a religiosity that is devoid of relationship.

Without love Mission becomes a kind of colonialism where we assume that we have all the answers and everyone needs to adopt our beliefs and practices in order to be "one of us."

Without love Unity becomes exclusivity and intolerance of anyone who is different.