Issues With Authority: Scripture & The Church 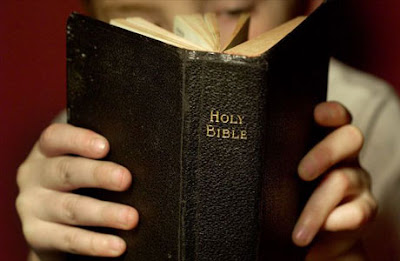 I am attending the National Pastors Sabbath, which is sponsored by the Presbyterian Church (USA), the mainline Protestant denomination that I happen to call "home."
Our main speaker this week was supposed to be renowned scholar, teacher and preacher Walter Brueggeman, but he was unable to attend due to a family issue. One of the other speakers this week, Frances Taylor Gench (author, minister and professor at Union Theological Seminary) gamely stepped up to the plate to fill all of Dr. Brueggeman's speaking and workshop spots.

I am glad she did.

Now don't get me wrong. I would listen to Brueggeman any day of the week, and consider it an honor. But on this particular weekend, I needed to hear what Gench had to say.

Gench is the author of the new book "Faithful Disagreement: Wrestling with Scripture in the Midst of Church Conflict." She was also a member of the Peace Unity & Purity Taskforce for the PC(USA). Since I had just finished reading N.T. Wright's book, "The Last Word: Scripture & The Authority of God, Getting Beyond the Bible Wars," I was thinking Gench's presence at the conference was more than just a little fortuitious--at least for me.

More than a few learned folk have asserted lately that the great struggle for Christian thinkers and leaders in the 21st Century has and will be centered around the authority of Scripture over the Church. I've been struggling with the issue myself--not that I would consider myself learned or even one of the folk making assertions about such things. Even though I just asserted it.

But this struggle over the authority of Scripture is the debate of our time. Years from now when people who care about these kinds of things look back to identify when in Christian history something truly reformative happened to the Church's relationship with the Bible in the 21st century, I think they will be looking right at us.

There are more issues at stake... but I am no theolgian and this is a blog, not a book.

I do see some things happening that grieve me a great deal, though. Far too many of my colleagues on both sides of these issues seem to be so intent on "winning" or being "right," that they have begun to do violence to the Scripture and to one another. If Scripture doesn't seem to say what they want it too, some of my colleagues are quick to discount it or quickly validate some other authority that will give them what they want. Then there are others who elevate Scripture to a place that is almost idolatrous, and then use it to prove a worldview they already believe--convenientily ignoring texts that don't support their ideology.

And through it all both sides demonize the other. Christians in both camps have been guilty of calling one another's salvation into question. How many times have we heard in the past year, "How can anyone be a Christian and believe that?" both from the mouths of conservatives and progressives.

I am thinking that kind of thing grieves the very Spirit of Christ that has been granted all authority over everything (including us, by the way).

Frances Taylor Gench said something very profound today. "We need to stop waving the Bible at one another," she told us, "and open it up and read it together." Gench asserts that it's healthy for us to have disagreements about Scripture. "There are some things worth arguing about," she said--things like Christology and Ethics, for example. The reason why we argue about the Bible, Gench believes, is because we "care passionately about it." Whether or not some folks within the Christian community like it, Scripture is authoritative for the Church and for the Christian. That's where these arguments must begin if we ever expect to move forward together.

To do otherwise, I think, does damage to the Gospel, and is not faithful discipleship.

Walter Brueggeman once wrote that Scripture "will not submit in any compliant way to the accounts we prefer to give it." We need to approach the faithful study of Scripture in community with a great deal of humility. To shamelessly rip off Yogi Berra... When it comes to Scripture we don't know nothin'---not one of us. Scripture can't be tamed, and it won't submit to our prideful and selfish interpretations. We all (progressives, moderates, conservatives, everyone) need to be reading Scripture together, leaving our crap at the door--or at least being aware of and honest about it--when we do.

We also need to begin seeking what N.T. Wright calls "an integrated view of the dense and complex phrase 'the authority of scripture.'" This view includes, the role of the Spirit of Christ as an authority and guide for God's written, revealed word, and the goal of God's kingdom initiated by Jesus and embodied by the Church. This view also includes a vision of the Church approaching the study and proclamation of Scripture with humility and obedience.

According to Gench, "God can use conflict to illustrate the truth." The Church ought to be a place where we find hard questioning, and it should also be the place where we must stay together as our varied interpretations are a gift to the whole community. Since none of us really and truly have a handle on things, it's probably a good idea to stick together and learn from one another rather than getting mad, taking our toys and leaving everyime we get our underwear in a bunch.

And here's something else that is real, true and hard to hear. If we are stereotyping a brother or sister in Christ, demonizing them, belittling them, demeaning them in the eyes of others in order to lift ourselves up, or to elevate our theological or ideological position, we have sinned and fallen seriously short of God's glory. It's called "bearing false witness," and it's kind of an important thing not to do--like a 10 commandments kind of thing.

I am ashamed that I have been guilty of this, and so much more. I have grieved the Spirit and wounded the Body of Christ.

Gench ended her talk today by lifting up Psalm 51 as a way to begin this process of reading Scripture and defining authority. First and foremost, she said, we all need to repent. I know this. I am broken and bleeding, and I mess up the floor and everything around me when I walk into this debate. This is what I must know before I open my mouth.