A Confederacy of Something 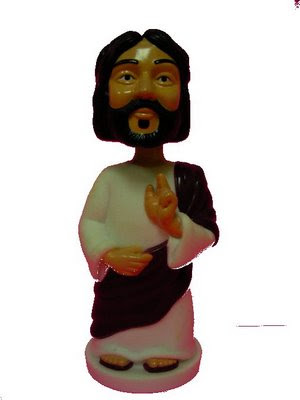 So I have been working on finishing up my book, and it's going slow.  It's slow for a couple of reasons:  1) I have this pesky "other job" that takes up my whole day & 2) I have been unplugging from all electronic media at 9 PM every night.
Now the "other job" thing needs some clarification.  To begin with, it's not a job it's a calling and I couldn't do anything else even if I wanted to.  I know because I have tried.  God stubbornly refuses to let me off the hook.  Even if money was no object--let's say for sake of argument I had a TON of it---I would still be the pastor of the church I am currently serving.  I might dress better and have a bigger TV and get the dents in my car fixed... but I would still do what I do.  I love it.
As to the unplugging----it's been a pain.  My wife has been my accountability partner on this one.  When I say "accountability partner" I mean she is the one who has held my feet to the fire, so to speak, and made me shut off my iPhone and not look at my computer.  In fact, all technology is banned after 9 PM---unless you call books technology, which my man Shane Hipps (www.shanehipps.com) probably would do.
So, I've been reading Anne Jackson's technological offering (book) "Mad Church Disease" and she has this whole chapter talking about the "external" distractions and influences that can make you crazy in ministry.  There's this quote that she throws in there from Thoreau, "Men have become the tools of their tools."  Now, I've been called a tool (or similar epithet) plenty of times in my life, so that's nothing new...  silence, sound of crickets
Okay, I'll admit I have become a bit obsessed with being connected.   During the past few months I have become pretty much completely and constantly accessible to friends, colleagues, parishoners, random strangers, telemarketers, Barack Obama (seriously, during the election there was like ten or twelve a day from now-President Obama, Michelle Obama, Joe Biden, Cher...) When you combine that with 10-12 hour workdays, seven days a week... that's some serious overload.
And I decided to publish my book on my own in the midst of all of this.  I know, I know.  It's kind of bush league.  I just got sick of trying to shop my book ideas to nameless, faceless publishers who only really look at people that are referred to them from someone they know and trust.  Since I know no one in the publishing business... I'm screwed, apparently.  So there you go.  I'll publish it myself, market it myself, maybe get it on Amazon, who cares?  The important thing is to have your ideas and thoughts out there, right?
So here's my quandry.
I have had no time to write.  I have most of the thing done, but now with this self (?) imposed 9 PM unplugging rule, all of my key creative time---in the middle of the night---is gone, man...just gone.  And for those of you reading this and saying, "Dude... you had time to write this, right?"  I say to you, "Not the same thing, and you know it!"  Who knows?  I might even believe that.  At any rate, I have decided to actually do something crazy and unplug from the world starting on Sunday night through Tuesday morning.  It's going to be a Sabbath in more ways than one.  I won't be taking phone calls (unless it's family or an emergency), looking at or answering emails, blogging, twittering, facebook-ing, squidoo-ing, whatever.
But I am going to be writing, reading, going to movies, eating sushi with my wife, taking a nap... My soul needs this, badly.  I can feel how badly I need it, because right now, on Sunday morning, I am already looking forward to my day off tomorrow.  Don't get me wrong, I am fired up today and ready to puh-reach, baby!  But still, that's a warning sign.  You've got to pay attention to those.
So anyway, I will be working on my book and should have it done in a few weeks.  I will be setting up a web page (just a plain old Mac website) so that anyone who is interested will be able to follow the progress, and eventually be given links and information on how to get it.  The book is tentatively titled:  "The Jesus In Me:  And Other Tales of Emergent Faith"  The website will be www.jesusinmebook.com.
The book will basically be essays (think Don Miller, Anne Lamott---only not as good!  Hey, at least I am honest.) that will be identifying different aspects of emerging theology, emerging faith, but doing so in a way that the reader is invited to engage in the conversation without the benefit(?) of a systematic or descriptive language.  I hope to include creative images (photos, drawings, etc.) at the end of every essay along with some engagement questions so that the reader could dig a little deeper if she wanted to do so, or might use the book as part of a group conversation.  Who knows?
So, if you are reading this---I hope you will join me on the journey.  It could be fun.  Or it could be a disaster.  It's the edge of the cliff either way, and that's where the view is better.
anne jackson emergent church emergent conversation emergent theology flickering pixels leon bloder mad church disease presbymergent shane hipps